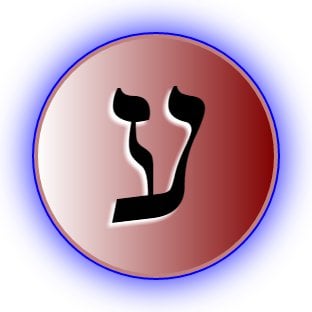 *Interesting food for thought. I always saw tons of parallels between Bitcoin and John’s description of New Jerusalem: a city of transparent gold, equal on all sides, you say? (I believe that multiple interpretations of the prophecy can be accurate, since to me it represents a principle with which God created.)*

“Since a few years, a whole spectrum of decentralized cryptocurrencies — Bitcoin\[…\] has burst upon the scene\[…\] will attach themselves to specific industries and communities, to form clusters of companies that share a single currency. These companies within their own crypto-ecosystems will be the families that comprise the “healed nations” as mentioned by John the Revelator. Within those industries, individual companies will spontaneously scale down to a maximum size of a large family — say a few hundred people, but most will consist of a dozen or so. These companies will be principled but not centralized — they will have stratifications and departments but no CEOs and managers and all that.
…
When a critical mass is reached, institutions like banks and governments will lose consistency, fall apart into smaller chunks and finally turn to dust, and economies that are still trying to lean on those centralized institutions will evaporate overnight. The world’s governance will shift to places where an autonomous blockchain economy is already sustaining society, and those will include countries that are now the economic outcasts: those nations that have recently been bullied into bankruptcy and whose desperate people have started to conduct their basic affairs in bitcoin. Those economic meek will surely inherit the earth (MATTHEW 5:5) and lead the world’s population in cleaning up the world’s mess (Ezekiel 39:11-16).
…
Remind each other that in nature the alphas of any society don’t want change and don’t see the need for change and will even deem change as an assault on their dominion. Be diligent to avoid the wrath of the rich. Begin to accept bitcoin in whatever local mom-and-pop store your society has left but make sure you pay your taxes and homages to your alphas. And don’t tell them things they don’t want to know. Evangelize the botched and bungled furthest away from the alphas (MATTHEW 22:9-10). Don’t be dismayed when rich hedgers buy up crypto, because just owning crypto isn’t going to save them. Crypto will only save those who are part of an autonomous and closed economic system based on crypto — or in other words: a million bitcoin won’t feed your family if you’re not within reach of a fully functioning bitcoin economy in which food is produced and traded (MATTHEW 22:11-13).”
[https://www.abarim-publications.com/DictionaryG/e/e-th-n-o-sfin.html](https://www.abarim-publications.com/DictionaryG/e/e-th-n-o-sfin.html)